Create With Your Libido—Fuck With Your Creativity

All of our vital energy spring from the same source 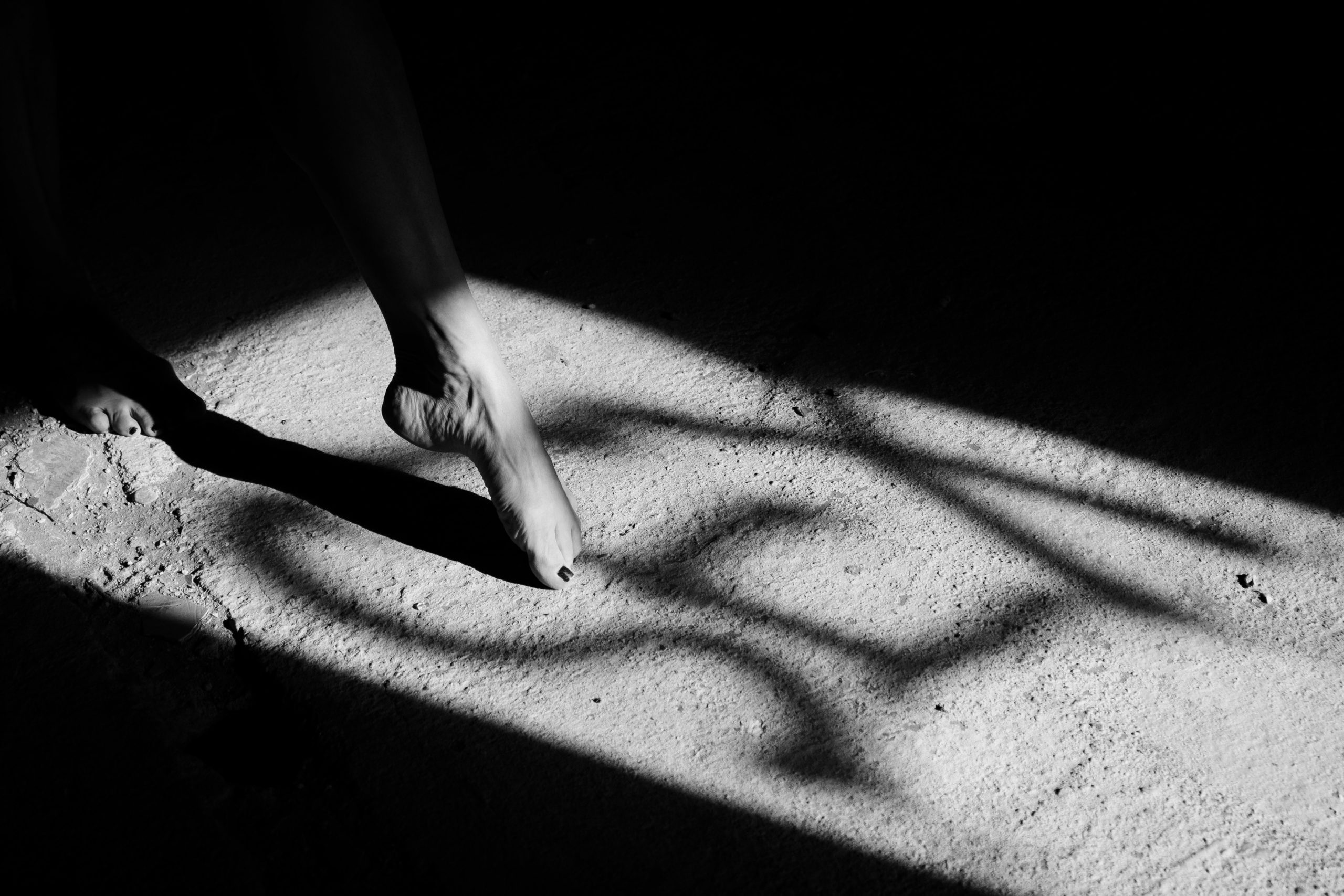 All of your vital energy comes from the same place. In many Germanic languages, this energy is referred to urkraft, translating to primordial force or life force in English.

Every creative and productive thing we do, including sex, is fueled by this source. Sex is, in fact, the ultimate expression of creativity; it is the essence of creation. Our libido gives birth to all life, as well as to our passions and artistic expressions.

We all possess it; some seemingly stronger than others and appear to be beaming with vitality—while others seem depleted. We all have access to the source, but not all know how to tap into and direct its current. Oftentimes, our flow is disturbed or distracted by outside factors.

Sex is the ultimate expression of creativity; it is the essence of creation. Our libido gives birth to all life.

This connection became apparent to me a few years ago when trying to make sense of personal experiences. Morgan, my best friend, separated from her husband just before I left my own, and while our partners were different, they had a few strong traits in common:

Her ex, Aiden, was a self-absorbed artist of the covert and quiet kind, while my former partner, Damon, was the loud and grandiose type. Other than that, they were both very much in their heads, always intellectualizing while being seeming out of touch with their bodies.

Aiden had next to no sex drive, but, an overflow of creative energy. Damon was always at work improving his mental skills, while his physical-self was given little attention. He was quick-witted with a body language best described as sluggish.

Morgan and I, on the contrary, are sensualists; we’re naturally sexual beings, very much in tune with our bodies.

How did the two of us end up with near asexual partners? Why were we, who yearned for deep, mind-body connection, drawn to guys who fulfilled their spiritual needs through ways of the mind alone?

Throughout many a long, wine-infused conversation, we concluded that we’d fallen for our partners’ abundant creative energies, assuming it translated sexually as well. Perhaps, without intellectualizing it back then, we knew, based on personal experience, that the two are inherently connected?

We concluded, together, that our respective creative intellectuals were directing all of their libido towards their minds, leaving nothing for their bodies. We theorized that they had blockages preventing energy flow to other areas.

As my own stagnant flow was released, making me feel more sexual—as well as more creative, I become preoccupied with picking apart my experiences and understanding their meaning.

My aha-moment of seeing the connection between all psychological energy led me to discover Carl Jung’s libido theory, which confirmed my interpretations:

I discovered Jung’s theories around the same time that I gained a deeper understanding of the chakra system. While chakras might sound cryptic, they make a lot of sense if we think of them as nodes in the body, working to transmit our vital energy.

There are seven such nodes, from the one at the base of our spine, called the root chakra. Going up, we reach the sacral chakra, connected to our sexual organs, our solar plexus, the heart, the throat, and the third eye (between the eyebrows). The seventh chakra is called the crown and is found at the very top of the head.

I will go further into the chakra system in future writings, but generally speaking, I started to understand that once one of these centers were blocked or impaired, the overall flow would be weakened.

I began viewing my libido as a stream of water and came up with a visual to describe it:

Libido is a naturally flowing cycle of water.

Imagine a garden hose, plugged into the wall. On the other end of the hose is a water spreader, spraying the water into a natural pool. This pool nourishes the land surrounding it and draws nutrients from it, and pumps it back into the hose.

This is your libido; your life force.

While the setup may vary slightly from person to person; some may be naturally equipped with water spreaders with multiple outlets, while others have less—meaning that some are naturally predisposed to directing their energies in more directions and some are more prone to focus—our libido ultimately looks like streams of water that spreads in at least a few different directions.

The lack of vital energy doesn’t come from a lack of water but from the lack of a healthy current.

When all functions as it should, the water flows unobstructed and purposefully; the stream feeds the pool and its surroundings which again feeds back into the source.

The amount of water remains the same; this is what I mean when I say that we all have access to the source. The lack of vital energy doesn’t come from a lack of water but from the lack of a healthy current. A feeble flow can be caused by many different things:

We’re spread too thin—there are too many outlets in our water spreader.

Most commonly, we spread ourselves over too many areas, causing fatigue and, ultimately, burn out.

The reason why monks and nuns stay sexually absent is not that sex is viewed as bad, per se, but because it allows the focus of all their energy in one direction. Some choose to remain celibate through phases of their lives for similar reasons; to give complete attention to one important project.

Multitasking is overrated! While contemporary life demands that we juggle at least a few things, trying to accomplish too much at once usually means that nothing gets done properly.

To solve this, narrow your focus; take a look at where your energy is flowing and cover up a few holes in your spreader nozzle to strengthen the water pressure in the remaining ones. This is especially helpful if you feel like your sexual energy is lacking—nothing kills our natural drive more than mental overload.

We’re leaking energy—there’s a hole in our hose.

Toxic relationships, be it romantic, friendship, family or work-related, are the worst thieves of our vital energy flow.

If a relationship is stealing your energy, evaluate whether it’s possible or worth mending. If not, cut your losses, patch up the leak and move on. You will feel your energy returning almost immediately.

If your toxic relationship is with someone you can’t remove from your life—like a family member, or an ex with whom you co-parent—find ways to protect yourself by limiting contact to the bare minimum.

An uneven flow, causing all of our energy to go in one direction when we wish to spread it amongst a few different areas, can be the result of a few things.

Caused by nature, nurture, or both; we can be naturally wired to be headier or more sensual, or we can have developed this way. As with my friend Morgan and I, and our ex-partners, I believe our predispositions are the results of a combination of these.

If you possess the self-awareness to see your obstructions, you can search out the cause of your blockages and take conscious steps to strengthen the flow in stagnant areas.

If you’re more sensual, but lack structure things can get chaotic. (I speak from experience). Work on occasionally separating yourself from your senses and refrain from reacting purely based on emotion. Applying rational thinking to your sensual inclinations will help focus your energy and make you more productive.

Most of us have minor blockages and some have major ones. Physical or mental illness and too much emotional and psychological pressure can put colossal dampers on our vitality and completely eradicate our sex- and creative lives.

When our hose is blocked our stream falters and the water gets backed up. This results in the pool running dry and the land around to suffer. Large blockages literally screw up the whole system.

When we have these, it’s imperative that we find the cause in order to heal. Whether a rock or a piece of dirt is clogging us up, or there’s a knot on the hose, we have to get to work on fixing it. If we don’t we’ll exceedingly dry up until our system collapses and can become irreparable.

While working on solving the main issue, try to further limit the holes in your spreader. When we’re under stress, we must conserve and focus, in order to maintain some movement, which we’ll need in order to solve the main blockage. Everything is dependent on each other!

In reality, this means that we find a couple of things to focus on and make sure at least one is a joyful, creative outlet—this can definitely involve sexuality.

Once the major blockage is being dealt with, we can start to open more outlets without feeling fatigued, and our currents will slowly become vital again.

The more we learn to view ourselves as whole and integrated beings, and see that all is connected; our minds and bodies, and mental and physical selves, the more wholesome we can be.

Sexuality and creativity are the same, and it is possible to be extremely vital in either area—if we make sure that our overall system is flowing soundly without leaks or obstructions. If our systems are healthy, the two can feed into each other and make the current even more powerful and vital.

There’s no need to hide away in a monastery to achieve focus, we simply need to pay attention to the entire machinery.

None of us are lacking water, but we might be lacking movement. What this means, and what is such good news, is that, even if we might need outside help, we all possess the ability to heal ourselves—and everything we need is already right there.